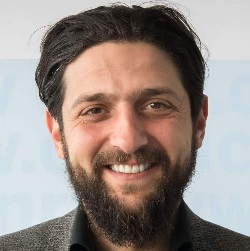 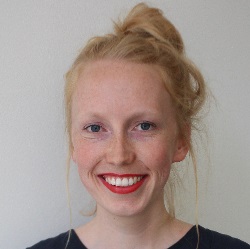 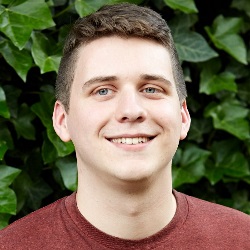 "Integration does not lead to more harmony in society. The more successful integration is, the more conflicts arise. Why? There are more people sitting at the table, more people partaking - people who want to have their say and help pick out the recipe."

The question of how upward mobility can be achieved by people from disadvantaged social milieus is the subject of the majority of his research activities and was the topic of his dissertation. From 2013 to 2018 he served as Professor of Political Science at the Münster University of Applied Sciences. Since early 2018, he has headed the department of integration in the state of NRW?s Ministry of Children, Family, Refugees and Integration.

we are not apolitical, just politically different!

The current generation of 18 to 30-year-olds is often blanketly accused of political apathy. However, the fact that this generation relies on forms of political expression that go beyond traditional participation in parties and elections is often overlooked. Many young people are highly political, though this is sometimes only evidenced by their Facebook feeds - they sign online petitions and opt to join various movements temporarily instead of a party.

Condemning young people as apolitical without attempting to comprehend the reasons for their absence from conventional political institutions inhibits intergenerational communication - and thus does even more damage. This lecture by Marie Rosenkranz explores her generation ´s relationship with politics and offers a proposal for freeing our discourse from blanket statements and accusations, so as to - finally - be able to focus on politics for the future.

Marie Rosenkranz is a Project Manager at the European Democracy Lab in Berlin. She previously oversaw the campaign "Democracy Needs You" at Polis180, a grassroots think tank for European policy and foreign affairs. Polis180s professed aim is to strengthen the voice of the younger generation in political discourse. She studied communication, cultural management and European studies in Friedrichshafen, Maastricht and Granada. She is currently researching the relationship between culture and politics, media culture and participation.

who is being controlled now?

In our modern-day world, children and teens do not get to call the shots, neither in society nor in their personal lives.

From morning to night, from birth until their 18th birthdays, they are subjected to adults who dictate what they can and cannot do: parents and legal guardians, teachers and police officers. Who decides what - and how can we change things? This lecture aims to promote discussion as it searches for answers to these questions.